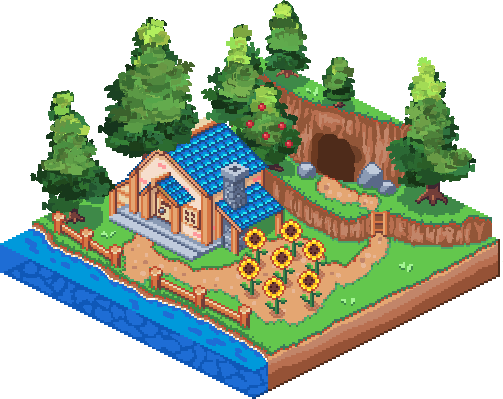 Sunflower Land is a blockchain Farming game in which players grow crops, raise animals, craft tools, gather mining and logging resources, and upgrade their farm by earning NFTs. Every item in the game, including farmed crops, resources, and the main token, SFL, are tokenized on the Polygon/MATIC blockchain. Sunflower Land provides a relaxing, cute, and fun Game-Fi experience for crypto gamers. 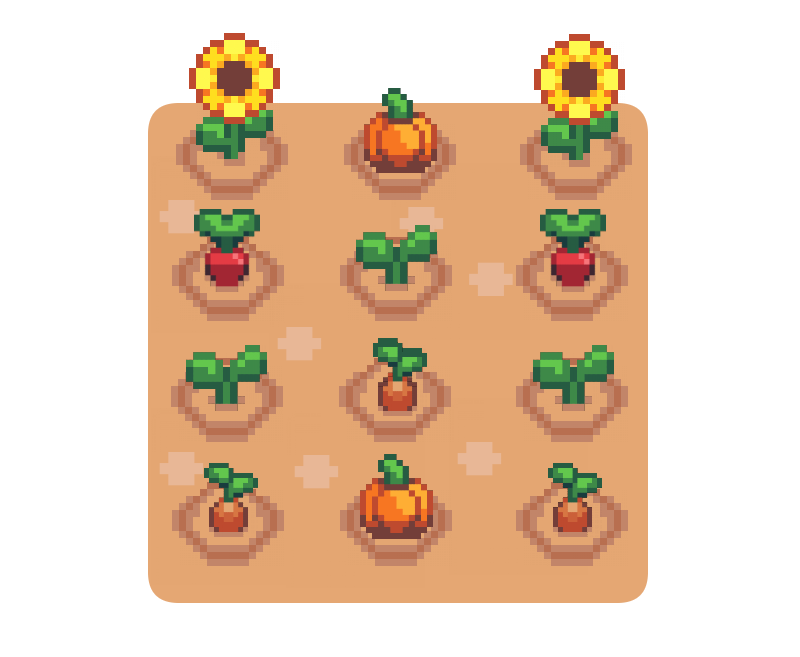 Players start Sunflower Lands with just 5 crop plots growing sunflowers. Early on players focus on buying seeds, planting crops, harvesting those crops and then selling them for SFL tokens, which in turn allow them to buy more seeds to plant again. To unlock more crop plots, players will need to bribe the pesky goblins who are obstructing these plots with delicious goblin treats crafted by the players. Treats such as Pumpkin Soup, Sauerkraut, and Roasted Cauliflower are what these goblins love, and cooking all of these items for them will allow players to unlock 17 new crop plots, leading to a total of 22 crop plots.

After earning SFL, players can spend this SFL on more than just seeds. SFL is included in a lot of recipes, and players need to keep farming efficiently to keep up with their needs. One of the most basic things players can craft using just SFL is an axe. Axes are used to chop trees and gain Wood. This Wood + SFL can then be crafted into a Pickaxe, which is used to collect Stone. This Stone + Wood + SFL crafts a Stone Pickaxe, used to collect Iron. This Iron + Wood + SFL crafts Iron Pickaxes which is used to collect Gold. It is important to collect all of these resources, Wood, Stone, Iron, and Gold, because they are used in various NFT crafting recipes, and also are each tokenized and can be traded or sold to other players.

Another gameplay element is tending to animals on the farm. Players that have either bought wheat from other players, or unlocked wheat farming (Feed the goblin farmer a Radish pie to learn this secret method) will be able to grow wheat and feed it to their animals/livestock to produce resources. So far in the game there are Chickens, Cows, Pigs, and Sheep. They produce Eggs, Milk, Manure, and Wool respectively. The animals are still not quite in the game yet (As of 05/04/2022 the game is in Beta), but we can expect crafting recipes that will use all of these resources to be implemented.

Aside from farming, gathering, and tending to animals, there is more to do in Sunflower Land. The game has seasonal events, such as the Christmas event in which players crafted Christmas trees and received Santa’s gift. Or the Easter event where players crafted an egg basket and had to find various eggs hidden throughout the farm in order to earn the Easter Bunny NFT on their farm. Also its worth noting that the team has mentioned and shown teasers for things like fishing, fighting goblins, and building. There is a lot to already do in Sunflower Lands, and more is sure to come! 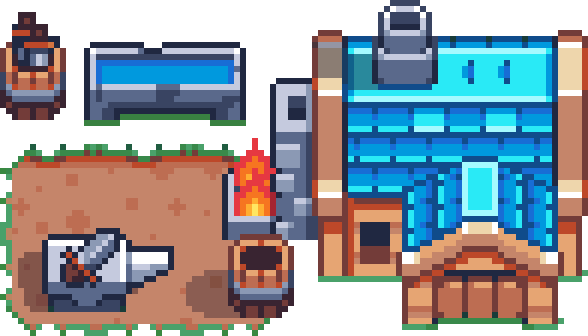 Like mentioned previously, each and every item in the game is tokenized.

NFTs in the game are items like Scarecrows, Chicken Coops, or a Dog for the farm. Each NFT you own is represented on the farm visually, and most of the NFTs provide a bonus to your farm. Scarecrows speed up crop growth time, Chicken Coops increase Egg yields of Chickens, and Dogs speed up the Wool production speed of Sheep. There are dozens of NFTs, each with their own unique recipe for players to craft and earn in game, either providing boosts to the farm, or sold to other players. It is worth noting that there are some NFTs that are purely cosmetic, such as the Sunflower Statue or SFF Gravestone. The total supply of each different NFT varies, but is always limited. 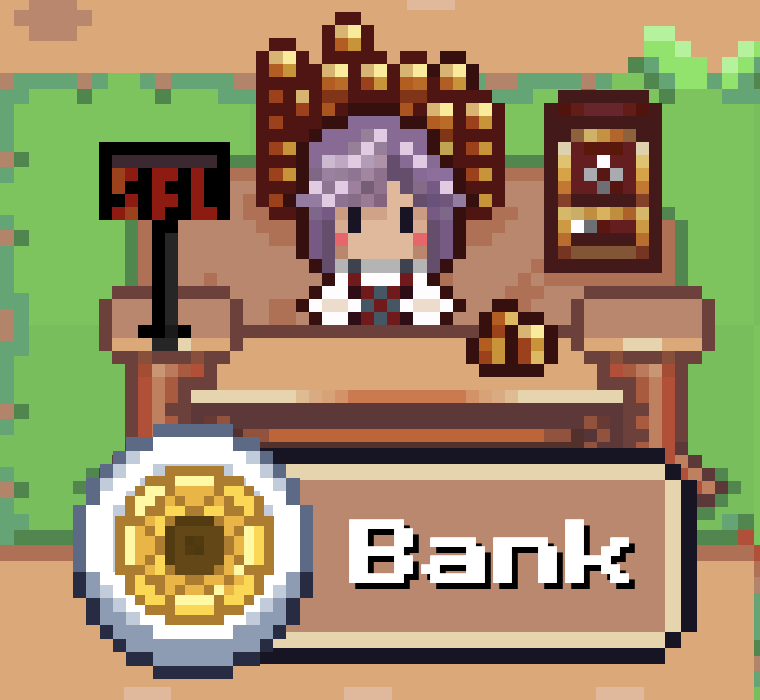 The game is open source and is worked on by a large and growing group of developers and contributors. 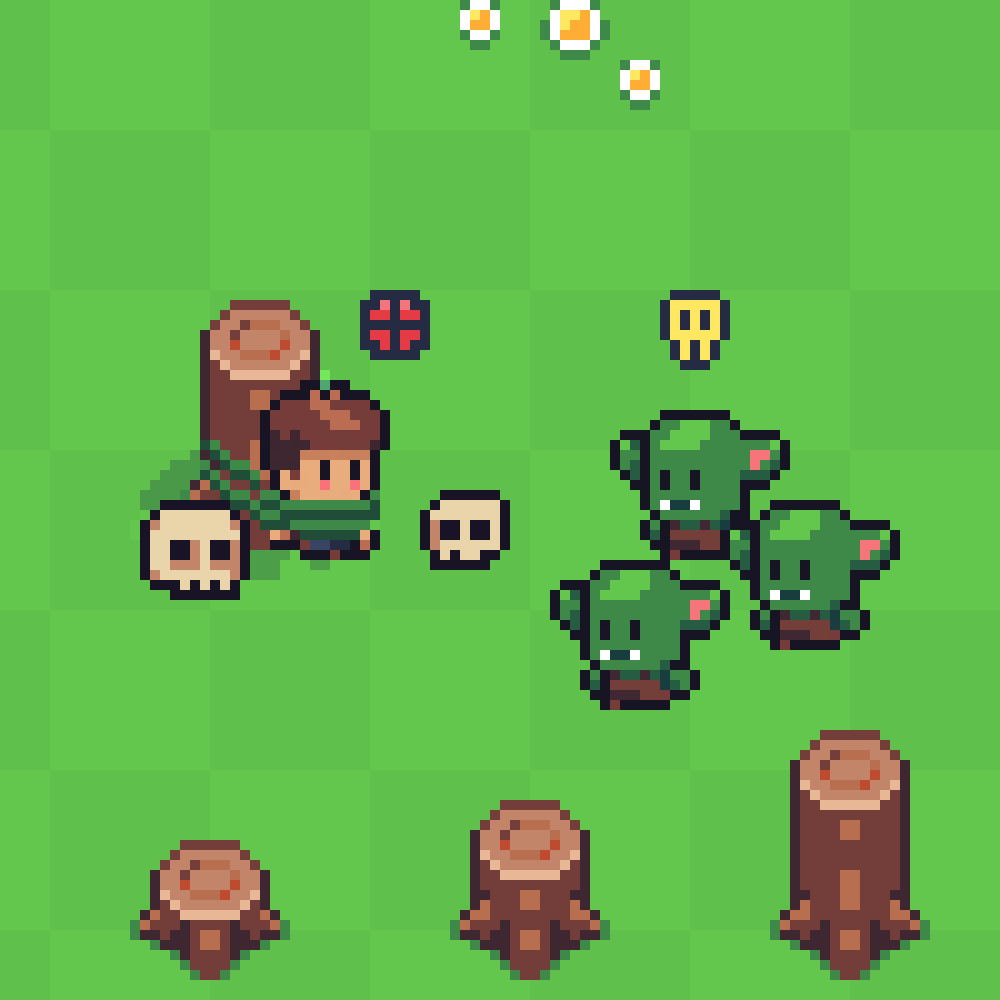 Sunflower Land is great for casual play to earn gamers. I personally play it every day. Not financial advice, but it is a very cheap entry cost to get started for the value this game provides. There’s a lot to love about this simple farming game called Sunflower Land.

Make sure to check out my accompanying video: https://youtu.be/Q8qV2iA-Gjc