So far, we have seen many projects promise that they are aiming to be community-owned, but do we have ones that actually delivered? Carnage Carnival has an innovative idea in the web3 space that can allow its ecosystem to work by being entirely governed and owned by its trusted community.

Let’s first learn more about what Carnage Carnival is and what they are aiming to build. It is a web3 MOBA with really appealing visuals as you will see below. This is definitely a big eye-catcher in modern games and I think they have done an amazing job as you can see below.

At its core Carnage Carnival is trying to be an enjoyable and competitive game. It will have a variety of game modes where you will be able to mix and match skillsets depending on your hero and equipment. This creates a lot of variety that should be able to suit all playstyles. Heroes will be also very limited as after the initial sales they won’t be acquirable in any other way apart from being produced from the Barrack building. These buildings will be owned by the community with a limit on how many heroes can be produced per season. The fact that heroes will have battle limits after which they will exhaust their token earnings and the buildings’ cap will prevent the oversaturation of the market and will create balance. The other type of buildings will be Armory buildings. They will produce equipment NFTs in a similar manner. 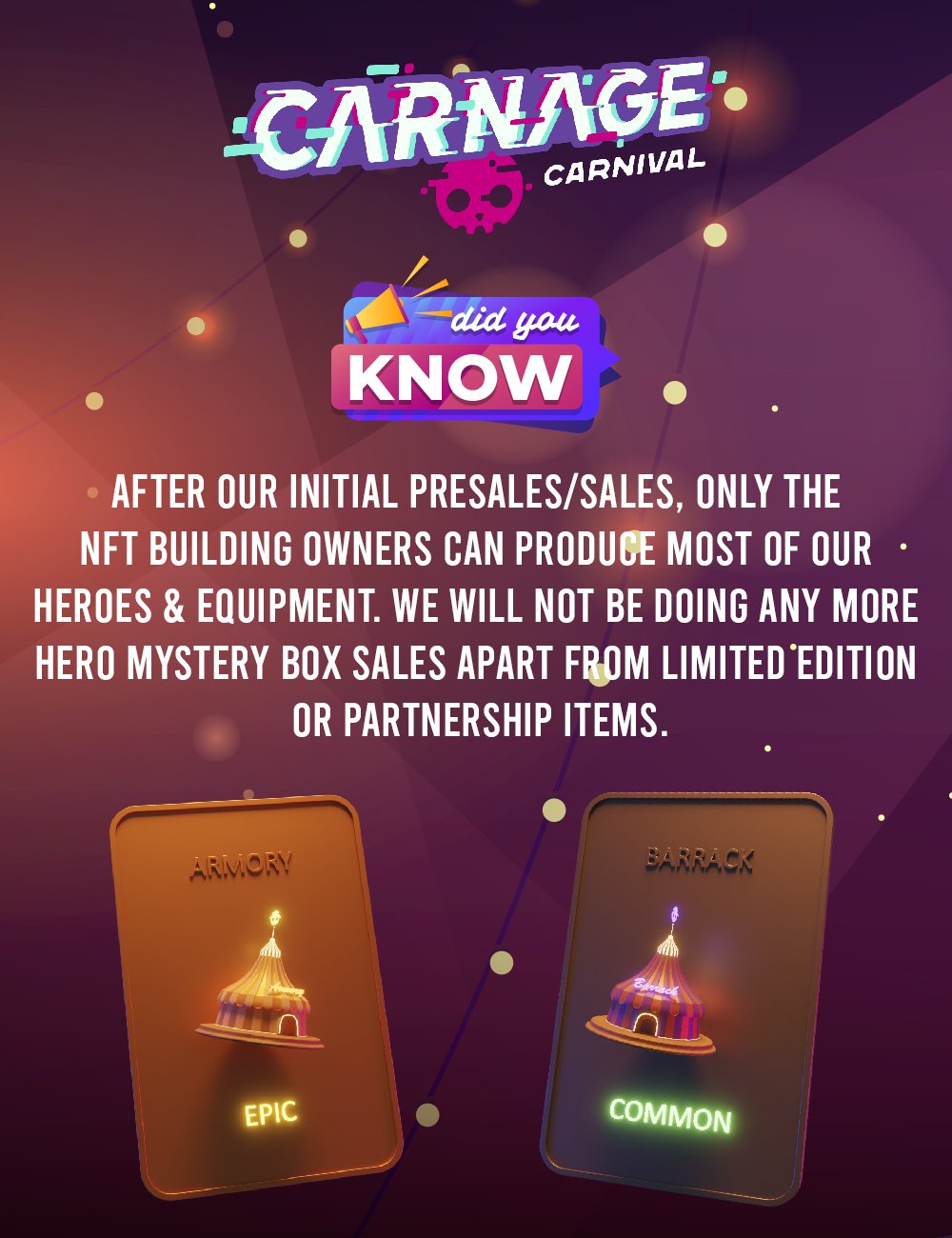 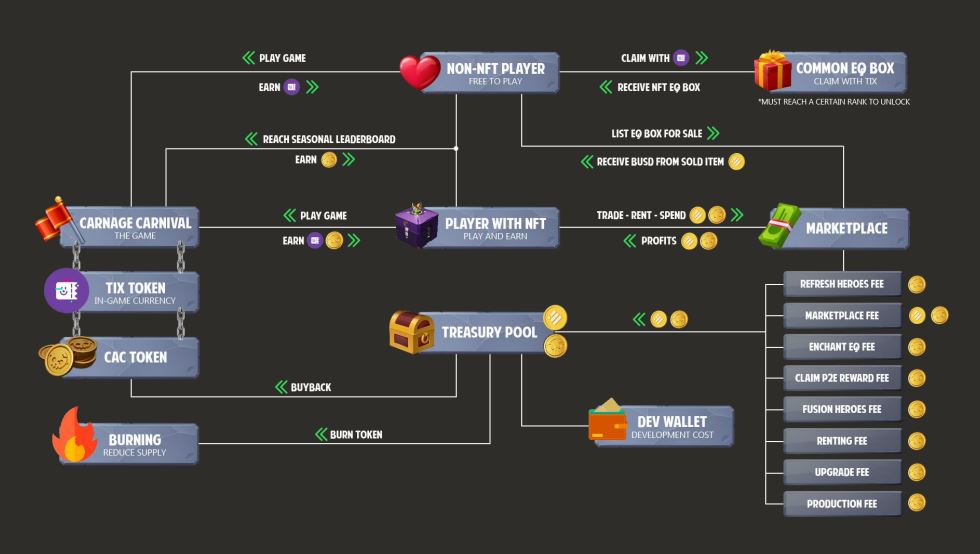 When will the game be released you might ask? It’s still in development and has planned alpha and beta tests around the end of the year. You can find the detailed roadmap in the image below. 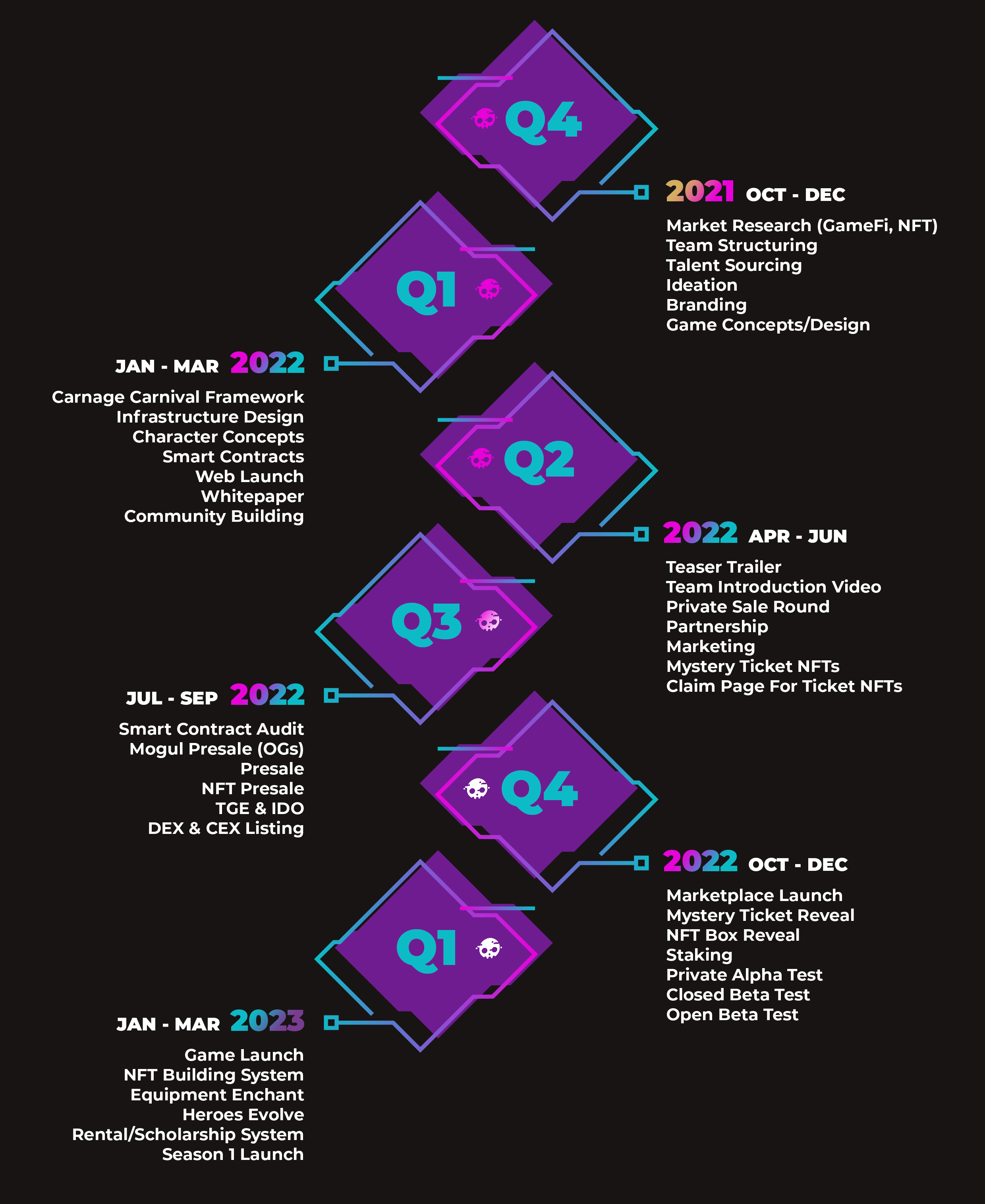 Some might say it is a long wait and they will want to just follow the key dates, however, Carnage Carnival is different. They are organizing free events like game nights, treasure hunts and quizzes on a regular basis where they reward their community with Mystery Tickets. These tickets are actually freely tradeable and give you a chance to win a free NFT upon marketplace launch. 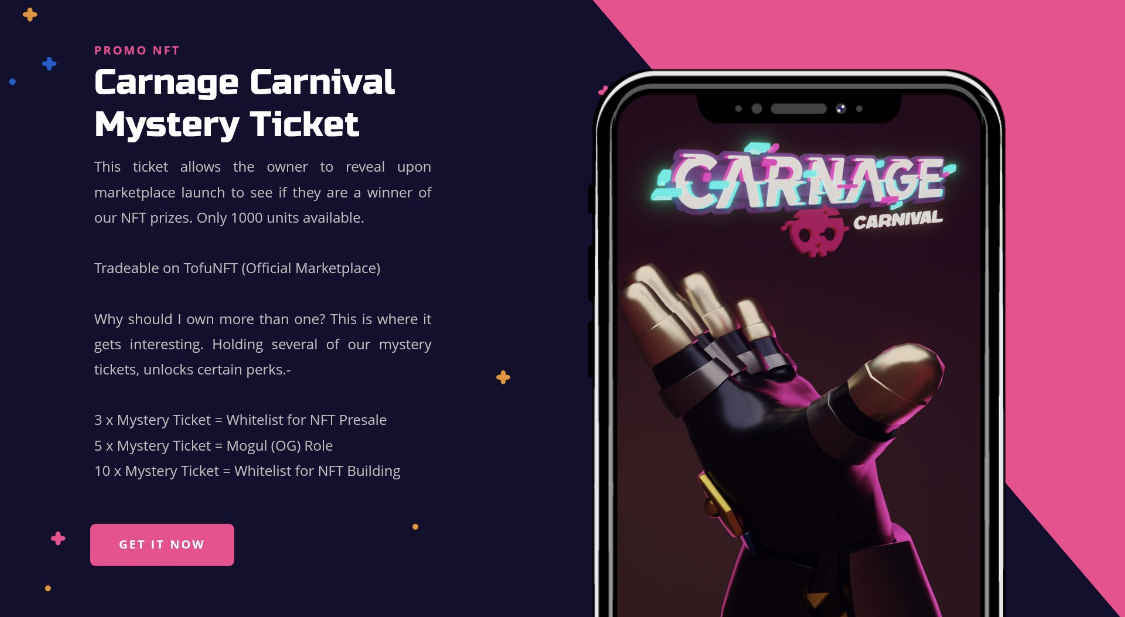 Only 1000 of them will be given away and holding multiple of them give you not only a greater chance for an NFT but also some cool benefits like presale whitelist, OG role (Mogul) and Building sale whitelist. So, hop in their discord (Link below) and start earning those tickets before they run out!